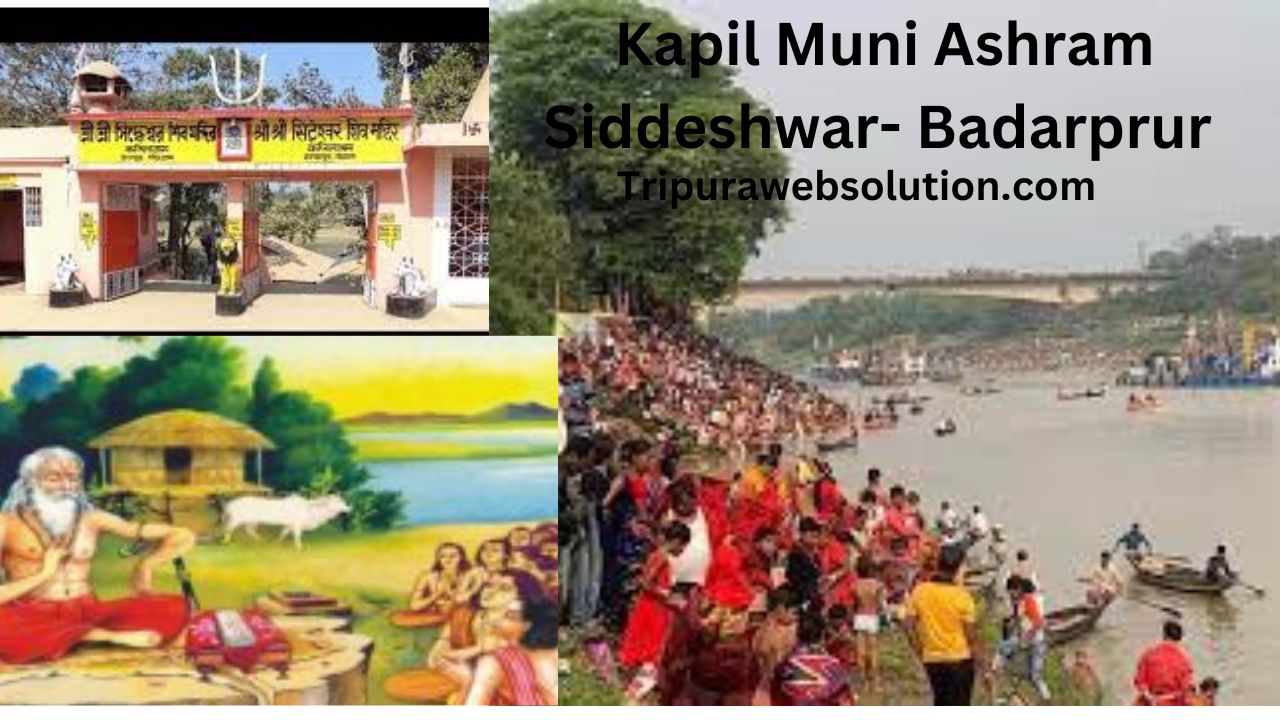 Barak Valley is located in the southern part of the Indian state of Assam. The region is named after the Barak River. Barak Valley consists of three administrative districts of Assam – Cachar, Karimganj, and Hailakandi. The main, largest, and capital city of the valley is Silchar.

The Barak Valley is located in the southern region of the Indian state of Assam. The region is named after the Barak river. The Barak valley consists of three administrative districts of Assam – namely Cachar, Karimganj, and Hailakandi. The main, largest, and capital city of the Valley is Silchar including the District town of Karimganj and Hailkandi.

What is the name of Mela?

At Siddeshwar  Badarpur Ghat, a fair is held every year on the bank of Barak Nadi named Baruni mela. The Fairground is a very popular place in the locality of Beautiful Barak Valley. Every year mela (Fair) starts on the 15th Chaitra (approx 30th-31st day of March) after the puja at siddheshwar temple Badarpur ghat, where a large number of devotees gather from the locality as well as from neighboring districts and states to perform puja, it usually falls on the 15th day last month of Bengali calendar, and 30th day of March (it may vary with Bengali calendar).

Siddheshwar Baruni Mela is a historical fair. The fair starts every year in the second or third week of the month of Chaitra and lasts for about 28 to 35 days if the weather is favorable. The Siddheshwar Baruni Mela ground is spread over a vast area on the banks of the Barak River. In front of mela ground the paved motor road and on the opposite side of the river there’s an ashram of sage Kapilmuni and the historical Shiva temple.

On the first day of the fair, many devotees from different places reach to take a holy bath in the waters of river Barak. Also every day innumerable people from all the districts come to this fair for shopping. The fair has been associated with religious beliefs and culture since ancient times.

In this fair, irrespective of caste or religion, people from all walks of life come together to enjoy harmony. Especially the natural beauty of this place is stunning. This Baruni Mela, the confluence of all three districts of Barak Valley, has been winning the hearts of all ages. So, I am inviting everyone to come and explore this place.

The Barak River rises from the Manipur hills, south of Mao in the Senapati district of Manipur at an elevation of 2,331 m. Barak (Meghna) River originates from the Japvo mountain of Manipur hills at an altitude of 3,015 m and flows south through mountainous terrain up to Tipaimukh. The total length of this river is 940 Km out of which 350Km is in Bangladesh

Barak raises in the Manipur hills and enters the plains near Lakhipur. The river enters Bangladesh as Surma and Kushiyara. Later, the river is called the Meghna and receives the combined flow of the Ganga and Brahmaputra. The principal tributaries of Barak are the Jiri, the Dhaleswari, the Singla, the Longai, the Sonai, and the Katakhal.

Story of Siddeshwar the Shiva Temple.

Kapil Muni is a great sage ascetic in Hindu mythology. In ancient times he settled a temple on the bank of Barak Nadi Named Siddesheshwar for meditation and praying to lord Shiva. Barak Nadi originates from Manipur hills beautiful place in Barak Valley, Assam. It is a very old temple. According to Indian “PURANA”s, King SAGAR ruled this land during ancient times.

At the same time, a great saint KAPIL made his ASHRAMA in this place. King of Gods INDRA was the only person who arranged ASHWAMEDH YAJNA 108 times. None other than he was able to perform this YAJNA so many times. But king SAGAR started to arrange that Yajna for the 108th time. Being feared that the record of 108 times Yajna in his credit will be shared by another king. Indra theft the Ashwa ( Horse) and kept it in the Ashrama of Saint Kapil.

Where was Yajna Horse Found?

The man of king Sagar started to search for the particular Ashwa and found it in this Ashrama. They thought that the horse has been theft by the saint and started to beat him up. The saint came angry and killed all the king’s men. They were 60000 in number. Hence, the arrangement of Yajna was abandoned.

Years later, Bhagirath, a member of king Sagar’s family prayed to mother Ganga (Goddess of water, River) for passing through this valley to give rebirth to those 60000 people. The goddess was satisfied with the prayer of Bhagirath and came down to this valley as a river, and passed through this Ashrama. An Ashrama was made on the bank to commemorate the incident, which is now known as Kapilasrama and this is it.

Who was Kapil Muni?

Everyone must have heard the name, Kapil Muni. According to Shrimad Bhagwat, he is considered one of the 10 incarnations of Vishnu. He has also been called the incarnation of fire and the manas son of Brahma.

Well, this is a complicated question. Lord Kapila is indeed a divine being with extraordinary capabilities. In short, he’s a great sage. There’s a difference between a yogi, Muni, rishi, and Siddhas.

I understand from my knowledge, he’s a master of the science psychology and also Vedic science.

The Historical place needs more research. Actually, there is no available details story about it. Home with your support can able to explore this place more clearly.

Research is going on on this topic.