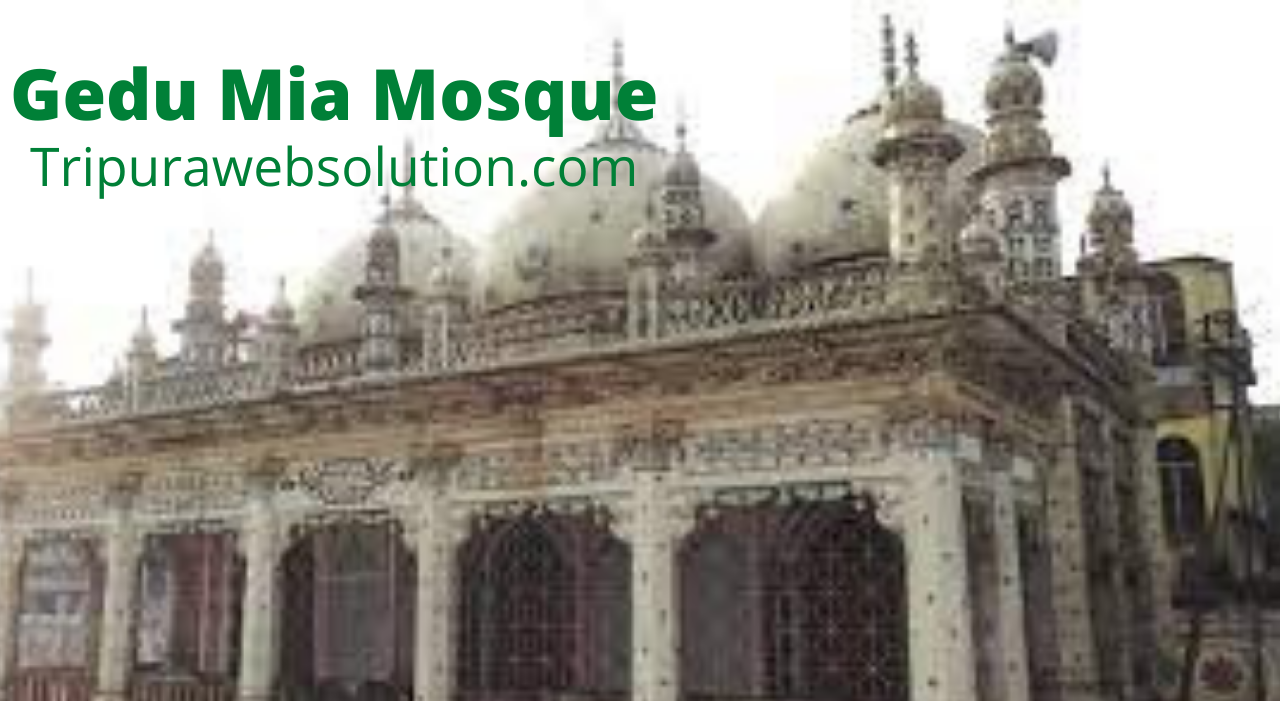 Gedu Mia, the founder of the mosque, used to drive elephants and later became a motor garage worker. He later became a pilot but it was his lucky day in 1942 when the ruler got his last fortune to get a contract to build an airport in Agartala namely Maharaja Bir Vikram Kishore Manikya Airpot. And from the profits, he earned from the construction of the Airport he contributed to the construction of a mosque. Hence the name of the mosque is Gedu Mia Mosque. The Gedu Mia Mosque is magnificent with white marble minarets and towers. There is ample green space for religious congregations, including the weekly ‘Jumu’ah Prayers’.

The location of the mosque is in a narrow crowded alley and with lots of parking problems. Visitors and tourists go to the mosque to pray for a healthy and prosperous life and some visitors go to see the architecture because it is worth seeing. A true lover and interested in architecture can’t stay without appreciating the beauty of its construction. Gedu Mia Mosque is a place of pride for the Muslims of Tripura and a witness to the devotion and piety of a significant person.

It takes about 13 km from Agartala Maharaja Bir Bikram Airport, and the distance of Railway Station is about 7 Km, and ISBT Chandrapur Bus Stand, about 3 km. By a Car half, an hour is required to reach Airport, 20 minutes for Rly Station and only 15 minutes for Bus Stand. A visitor must visit this place once.

Thank you for Having With Us