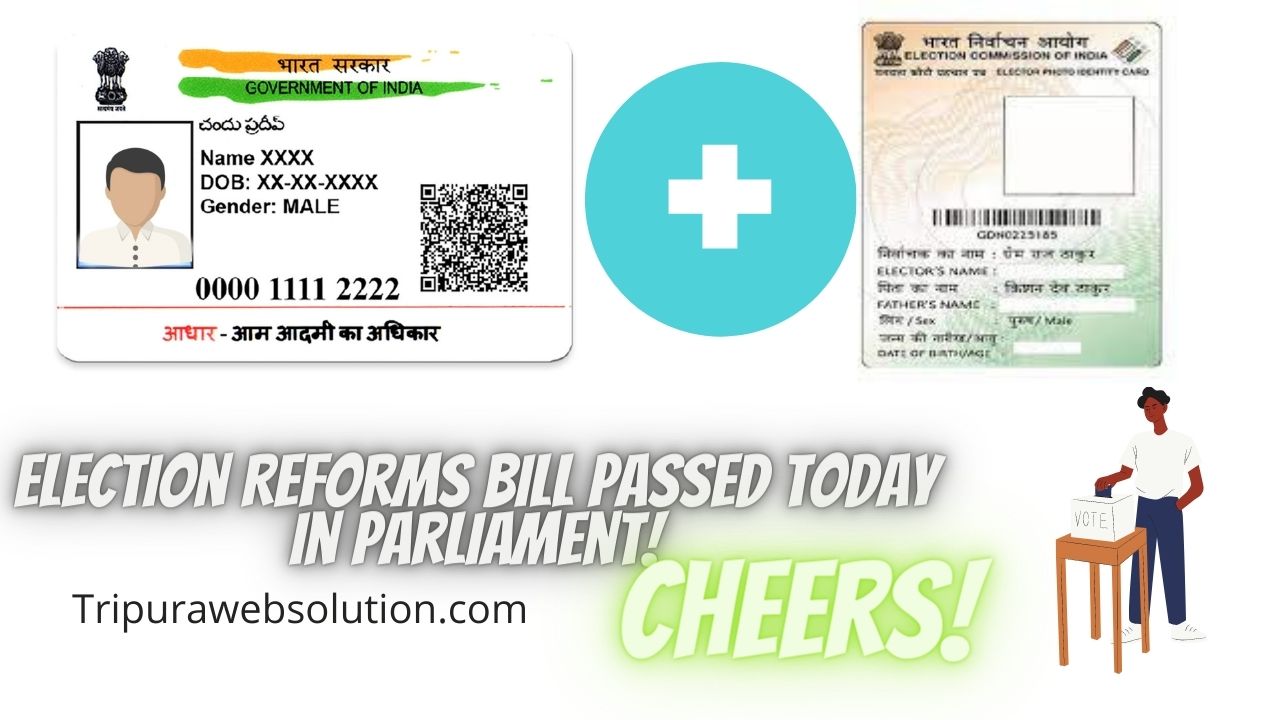 Today, the Electoral Amendment Bill was passed in the Lok Sabha on Monday. Opposition groups called for a boycott of the assembly. There was not much benefit in that though. Not only Aadhaar-voter linking, but also three more election-related rules will be changed this time.

The Centre’s demand will strengthen the hand of the Election Commission. False voters will decrease.
Opponents are not accepting this demand at all. They are saying that this will increase the number of fake voters. Congress MP Shashi Tharoor told the Lok Sabha: This is not proof of citizenship. This time, if the voters want to see the Aadhaar card, they will get the document of their residence. In this way, many of you who are not citizens are given the right to vote

Manish Tiwari, another Congress MP, claimed, “Voting is everyone’s legal right. It is therefore inappropriate to link voters and Aadhaar. ‘- Trinamool MP Saugat Roy also strongly protested. In his words, ‘- The center is also sniffing at the electoral process this time. I strongly oppose this bill

The Modi government, however, said that the protests of the opposition were baseless and erroneous. Union Minister Kiren Rijiju said, “The center wants to stop the bogus vote. In that case, the opposition should support the government. ‘

AIMIM MP Asaduddin Owaisi said that the government’s move was completely wrong. He said, “If this bill is passed, many people of this country will lose their right to vote.”