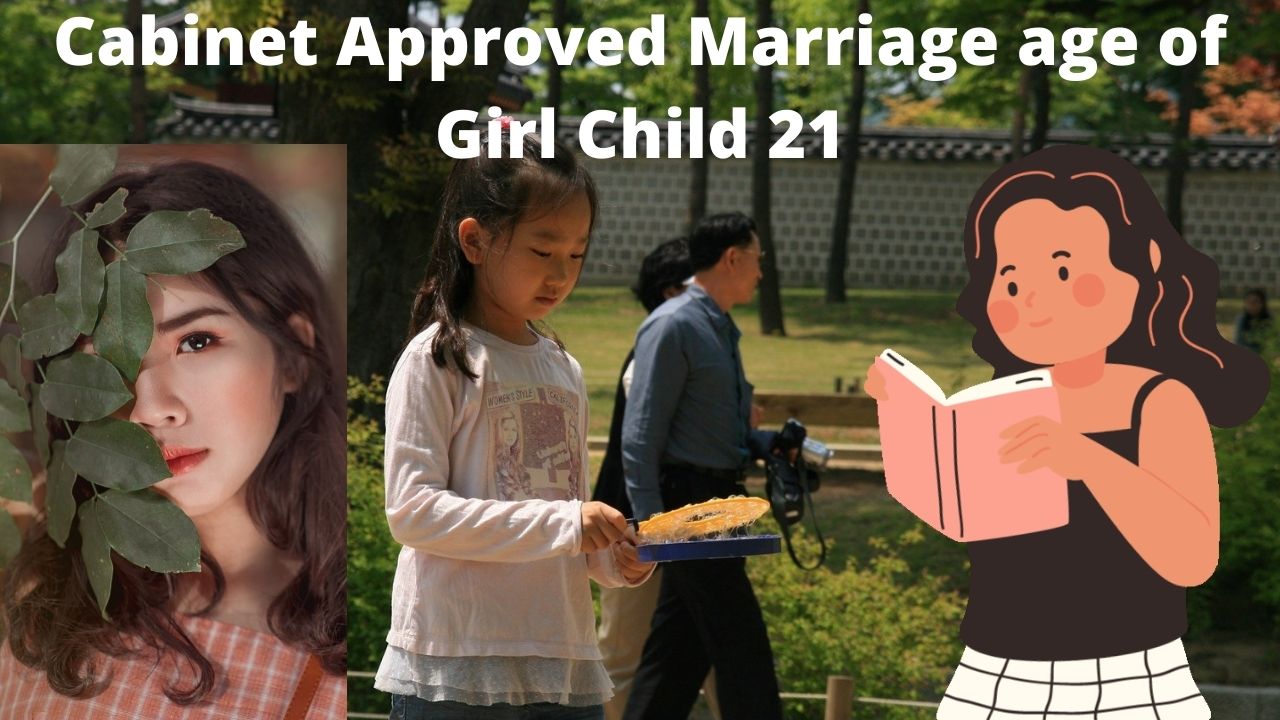 At present, the minimum age for marriage is 18 for girls and 21 for boys. Prime Minister Narendra Modi announced the plan to raise the age of marriage for girls more than a year ago. In his last Independence Day speech in 2020. More than a year later, the Union Cabinet on Wednesday passed a resolution raising the legal age of marriage for women from 18 to 21 years (18 to 21 years). Cabinet Approved Marriage age of Girl Child see details:

The government will introduce an amendment to the Child Marriage Prohibition Act, 2006. The amendments would be made to personal laws like Special Marriage Act and Hindu Marriage Act, 1955. The Centre’s Task Force, headed by Jaya Jaitley, submitted some recommendations to the Policy Commission in December 2020. On the basis of this recommendation, the Union Cabinet took a decision on Wednesday.

Topics of recommendation were issues such as-

In the media, Jaya Jaitley said that the argument of controlling the birth rate of the country has never worked behind raising the age of marriage for girls. On the contrary, this decision will show the direction of the growing concern about the health of mothers. Recent data from the National Family Health Survey has already shown that infertility rates are rising in the country, but the population is under control. This proves that there will be no population explosion in the coming years. On the other hand, the data further shows that child marriage has come down from 26 percent in 2015-16 to 23 percent in 2019-21.

Expert Advice of the Law

It is learned that responses have been taken from 16 universities of the country. More than 15 NGOs have been recruited to reach out to the youth community. People have reacted, especially in rural and backward communities, such as in special districts of Rajasthan where child marriage is quite prevalent. The age of marriage should be 22-23 years like most youth.

Among them is the important introduction of sex education in the school curriculum. To provide training, skills, and vocational training and livelihood enhancement to women in the Polytechnic Institute so that the age of marriage can be made effective. The center says if girls can show that they are financially independent, parents will think twice before marrying them early.

The central budget for 2020 proposes to increase the age of marriage for girls. Union Finance Minister Nirmala Sitharaman, while presenting the budget, said that the average age of marriage for girls was 15 years till 1986. At present, it has increased from 18 years to 21 years. The center wants to increase this age limit further in the coming days. Finance Minister Nirmala Sitharaman also proposed to form a special task force in this regard.